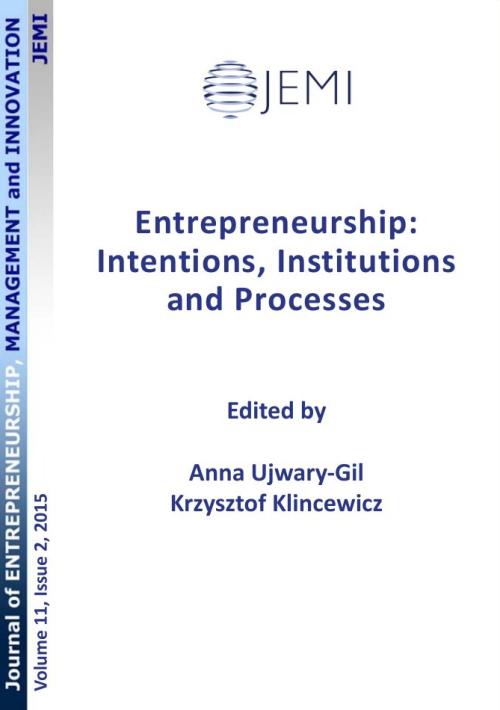 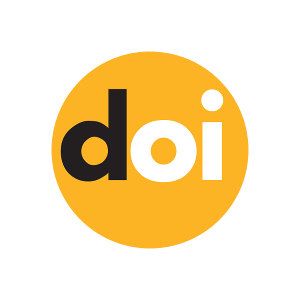 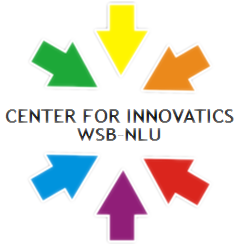 Entrepreneurship is a primary source of economic growth that creates business opportunities and reduces unemployment (Szirmai, Naude, & Goedhuys, 2011). Specifically, information technology sectors have been amongst the major drivers of economic growth in numerous countries over the past decades. Among the emerging concerns of technology sector management, technopreneurship has become a central one (Klincewicz, 2012), particularly in developing countries (Szirmai et al., 2011).

Taiwan’s computer and electrical engineering (CEE) industry has been ranked high worldwide. A high percentage of worldwide CEE products are manufactured by Taiwanese original equipment manufacturers, thus influencing the choice of programmes of university students in Taiwan. In the past 10 years, CEE related programmes (i.e., electrical engineering, electronic engineering, computer technology, and information management) in universities have been listed amongst the top 10 choices of high school students (Ministry of Education, 2015). Most students graduating from CEE programmes choose large CEE firms in science parks to work, but increasing numbers of them have undertaken ventures on the basis of their innovative ideas and techniques in CEE. Entrepreneurship has become a widely discussed concept and an action of choice for numerous CEE graduates.

In keeping with these findings and to fill the research gap, the present study used college students with CEE majors to analyse the integrated effects of psychological factors on entrepreneurial intention and test the interactive effects resulting from these psychological factors. We focused on the psychological factors intrinsic motivation, extrinsic motivation, positive emotion, negative emotion, cognitive load, metacognition, and self-efficacy. The assessment of entrepreneurial intention was based on Liñán and Chen (2009) and Lans, Gulikers, and Batterink (2010). The measurements of psychological factors were adopted from several international scales (Chen, Gully, & Eden, 2001; Harter, 1981; Hsu, Liang, & Chang, 2013; Paas, & van Merriënboer, 1994; Schraw & Dennison, 1994; Tuccitto, Giacobbi, & Leite, 2010).

Prodan and Drnovsek (2010) claimed that there are knowledge gaps regarding the specific determinants and processes that characterise the emergence of academics’ entrepreneurial intentions that lead them to establish spin-off companies. Prodan and Drnovsek proposed that psychological and entrepreneurial research on intentionality should be devoted to this topic. Previous studies have indicated that the entrepreneurial intentions of undergraduate students in business and engineering majors are influenced by their family members, academics, attending courses on entrepreneurship, gender differences, and personality traits (Chen & Chen, 2015; Gerba, 2012; Zain, Akram, & Ghani, 2010). Murah and Abdullah (2012) studied computer science students and found that their entrepreneurial intentions were influenced by entrepreneurial experience in childhood, family background, personality type, and future plans. Kaltenecker and Hörndlein (2013) identified attitude as the main driver for information systems students, and discovering business ideas was the most influential factor for computer science students. The opportunity for self-fulfilment and the prospect of a high monetary reward were identified as the crucial drivers for these students. The results of aforementioned studies indicate that various psychological factors have a profound impact on student intention of entrepreneurship.

Previous studies have determined that positive emotions (emotional responses that are modelled to dictate positive affection, including excitement, happiness, joy, and satisfaction) and negative emotions (unpleasant or unhappy emotions that express a negative affection towards an event or person, including fear of failure, anger, loneliness, mental strain, and grief) influence people’s judgment, memory recall, and deductive and inductive reasoning (George, 2000), as well as the decision to engage in self-employment (Patzelt & Shepherd, 2011; Welpe et al., 2012). Numerous scholars have confirmed that entrepreneurs’ emotions, which are antecedent to, concurrent with, and a consequence of the entrepreneurial process, are likely to affect the recognition, creation, evaluation, reformulation, and exploitation of business opportunities (Cardon, Foo, Shepherd, & Wiklund, 2012; Podoynitsyna, Van der Bij, & Song, 2012); hence, emotional intelligence has become a crucial factor in cultivating entrepreneurial students (Zakarevičius & Župerka, 2010). We thus proposed the second hypothesis:

Furthermore, previous studies have emphasised the effects of cognitive resources on business start-ups (Haynie, Shepherd, & Patzelt, 2012; Van Gelderen, 2009). Successful entrepreneurs must be capable of making appropriate choices to avoid cognitive overload resulting from novelty, change, uncertainty, and complexity (Van Gelderen, 2009). Cognitive load here refers to the overall mental activity imposed on a person’s working memory at a particular time. Sánchez (2012) concluded that people intending to establish a business apply cognitive scripts that allow them to process information and perceive the advantages of starting a business despite adverse market conditions. In addition, Haynie, Shepherd, Mosakowski, and Eagly (2010) suggested that metacognitive abilities are core characteristics of entrepreneurial cognition because they enable entrepreneurs to think beyond existing knowledge and promote adaptable cognition in novel decision contexts. Metacognition here refers to the processes that allow people to consider their cognitive abilities. Urban (2012) concluded that potential entrepreneurs consciously consider the possibility of starting a new business, and that their entrepreneurial intentions are the result of metacognitive processes. Therefore, we proposed the third hypothesis:

Hypothesis 3: Both the cognitive load and metacognition predict entrepreneurial intention.

In addition to expected outcomes and social influences, self-efficacy has been proven to be the most crucial psychological factor affecting the entrepreneurial intentions of students (Chen, 2013). Self-efficacy refers to a person’s belief regarding their ability to succeed in specific situations. People with high self-efficacy typically perceive themselves as capable of affecting change and performing actions that are necessary to resolve problems (Bandura, 2000). Self-efficacy has frequently been applied to explain entrepreneurship as a series of definitive thought processes in which entrepreneurs perceive their abilities to be superior to those of other people, and hence they reason that their abilities can be applied to achieve favourable outcomes (Neck, Neck, Manz & Godwin, 1999; Zhao, Seibert, & Hills, 2005). Markman et al. (2002) determined that general self-efficacy can be applied to entrepreneurship, and it has been used to link inventors with people who establish new ventures. We thus proposed the fourth hypothesis:

This study examined the effects of psychological factors on the entrepreneurial intention of CEE students and tested the interactive effects resulting from these psychological factors. A 9-item entrepreneurial intention scale (EIS) was adopted from Wang, Peng, and Liang (2014), which was based on Liñán and Chen (2009) and Lans et al. (2010). In addition, we adopted a 37-item psychological variable scale (PVS; Wang et al., 2014), which was based on several international scales (Chen et al., 2001; Harter, 1981; Hsu et al., 2013; Paas & van Merriënboer, 1994; Schraw & Dennison, 1994; Tuccitto et al., 2010). These two scales were scored on a 6-point Likert type scale ranging from 1 (strongly disagree) to 6 (strongly agree). The details regarding the reliability and validity of the survey tools are reported in the following section.

The research team discussed the scale items with instructors in the target CEE programmes before conducting the survey. A paper questionnaire was administered by trained graduate assistants, either during or immediately after regular class time. Thus, any problems that participants faced when answering the questions could be directly resolved. Identical survey procedures were used to administer the survey in each target programme in the absence of class instructors to decrease social desirability bias (i.e., students may attempt to project a positive self-image to adapt to social norms whilst answering the questions if class instructors are present). Moreover, participation by the students was voluntary, confidential, and anonymous.

Regarding practical implications, the results indicate that CEE educators should encourage students and assist them in building their efficacy to engage in entrepreneurial activities. Educators should consider linking their students’ negative emotions and intrinsic motivations to stimulate their entrepreneurial intentions and foster their entrepreneurial behaviour. Goethner et al. (2012) indicated that entrepreneurial intentions enabled predicting. Possible strategies for CEE educators to enhance student self-efficacy beneficial for fostering entrepreneurial behaviour include constructing challenging and proximal goals, setting appropriate task demands and expectations, demonstrating confidence in students, and promptly recognising and praising effort. Strategies related to negative and positive emotions can include promoting undesirable attitudes towards the current status of the job market, unsatisfied quality of life in the workplace, relieving mental strain towards career choice, and decreasing the fear of failure in entrepreneurship. Strategies for enhancing intrinsic motivation can include arousing student curiosity and interest, encouraging students to work purposefully, offering various self-monitoring tasks, and encouraging feedback.

Regarding practical implications, our findings suggest that cognitive load is not a critical factor affecting entrepreneurial intention, if intrinsic motivation remains at a high level. Thus, CEE educators should focus on encouraging low intrinsic-motivation students to increase their metacognitive capacity. According to the link between entrepreneurial intention and behaviour, proposed by Goethner et al. (2012), possible strategies for enhancing metacognition include activating background knowledge, assisting students in goal setting, facilitating practice in planning and monitoring, and supporting student self-regulatory processes. Our findings also indicate that negative emotion reliably predict entrepreneurial intention, but suggest that students exhibiting various levels of negative emotion require different strategies to facilitate their entrepreneurial intention. CEE educators should pay attention not only to negative emotion (such as unsolicited attitudes towards their current employment status) and self-efficacy but also to the combined strategy of these two psychological factors to stimulate their entrepreneurial conviction and pursue their goals.

Although this study expands the findings of previous research, it is not without limitations. First, we used self-reported scales for empirical validity and to simplify the process of administering the surveys; this may have caused common method bias. The survey employed in this study contained no sensitive questions, and the consistency of research results between the CFA in this study and that of previous studies supports the factor structure of the measures. Based on both studies of Podsakoff, MacKenzie, Lee, and Podsakoff (2003) and Malhotra, Kim, and Patil (2006), we adopted simple measures, carefully selected instruments, and offered necessary feedback after a survey to decrease this bias and to minimize this limitation. Second, we used the data of 815 CEE students from three universities in Taiwan. Further studies should use a larger sample or conduct international comparisons to discuss the possible differences resulting from regional distribution, as indicated by Obschonka et al. (2013).

Third, we did not adopt the leading established intention models in entrepreneurship research, such as Shapiro’s entrepreneurial event model or the models of Ajzen and Fishbein, because we did not want to mimic current research; rather, we sought to explore alternative approaches. In addition, because the research subjects of the present study were university students, the selection of psychological factors in this study was based on the perspective of educational psychology rather than on entrepreneurship models or research. Fourth, previous studies have indicated that gender and cultural concerns influence entrepreneurial intention (Goethner et al., 2012; Obschonka et al., 2013). Although these concerns were not the focus of the present study, they warrant further investigation, particularly to test whether gender plays a moderating role, and to analyse the impact of diverse sociocultural and economic factors.

The findings of this study are sufficiently promising to warrant further inquiry into this topic. Technopreneurship cannot be achieved without feasible entrepreneurial intentions. Entrepreneurial intentions cannot be facilitated without a careful consideration of the interplay of diverse psychological factors. The findings of this study are intended as a reference for initiating a wider exploration of this topic.